Free Line Messenger || How to install line for windows 8 Phone and Pc and upgraded windows 8.1 Step By Step 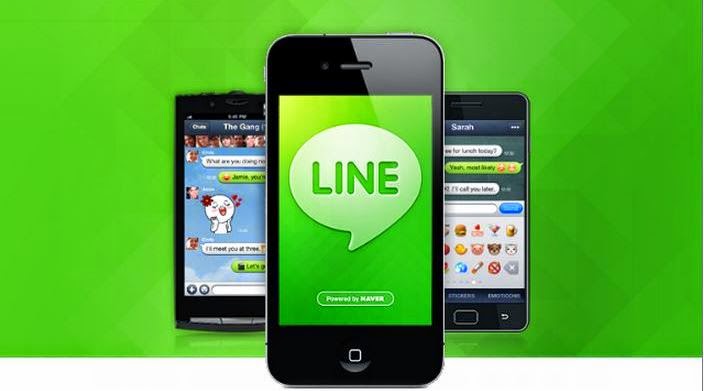 Just like WhatsApp, WeChat and several other instant messaging companies are now available online line is also one of the best messenger now available . Line is actually a Japanese company which uses internet for its working and is only available in smartphones i.e it will only work on smartphones. The features provided by line are as follows:-

The line was launched in japan in the year of 2011 and by the passage of only 18 months the numbe of users using line was 100 million which double crossed to 200 million only six months later. In year 2013 the largest socio-network that was exixting in japan was line and the number of registered user all over the world was crossed  300 million with the highest number of users from japan which was 50 million.

When at the earthquake that happened in japan in the year of 2011 all the telecommunication units of japan were severely damaged by the earthquake and it was becoming very difficult to communicate with each other for the citizens of japan in that condition. Then to make sure that people can contact with each other line was setup by the brainchild of Japanese engineers. Soon after the line was released for public use it faced a huge problem of server overload but soon it overcome this problem and choose a secure data base for storing all the data of user profile and within 18 months of its start it reached a huge traffic of 100 million users. And from that day line has started it has not stopped till now and is one of the most successful messenger available on net.

Line has huge variety of features out of which few are described below:-

1.     Sticker shop:-  This features avails a user to collect virtual stickers of some original characters known. Stickers can collected for free which available and the number of free stickers that are available varies from country to country. A user can also purchase stickers which are not free and by paying the amount for purchase those stickers are attached to the users account which he can use any time. Now these stickers are used by the users during the chat session as the use of the stickers enhances the excitement of the chat and makes it interesting. As users are not getting bored by the use of stickers they stay online in line messenger for a long period which increases the revenue of the company.

3.     Free calls:- A line user can easily call for free to another line user and it costs no money only the internet charge consumed during the call. Call may be either video or simply audio calls.

4.     Line camera:-  This is one of the most interesting feature of line as it hosts about 100 frames and several number of stickers for a user to decorate and make his image or photo to look more beautiful and type of decoration can be compared to an Instagram, thus so efficient is the camera of line. A user of line can also share the edited photo in the social networks like twitter and facebook.

5.     Line Brush:- Brush as the name features is most commonly used by painter . yes in line you can edit a photo by using brush and there about 27 style brushes and 15 brushes for photo available in line. By using these brushed you can edit your photo very beautifully by creating sharp brush stokes at the edges where needed.
tropics in social media. So here line gives an option for wishing birthdays and marriage anniversary in the form of line card.

STEPS TO INSTALL LINE ON WINDOWS 7 :-

1.     At first you have to make a line account in an android smartphone and if you are not having a Smart Phone just you need to borrow it from your close friend  just to set up a line account. And while creating the account you have to give a registered email address.

2.     Now you need to download the LINE app for windows which you can get from google for free.

3.     Now as you download has been completed you need to install it on your pc by double-click on the downloaded file and then comes license and aggrement,choose your language and  whatever that are need to install a file in pc.

4.     As soon as the installation progress has finished click on the finish buttom.

5.     Now open the line app from the shortcut created on the desktop you see a a line dialog box appears on the screen asking for email address and password and it works as fine as it works on smartphones.