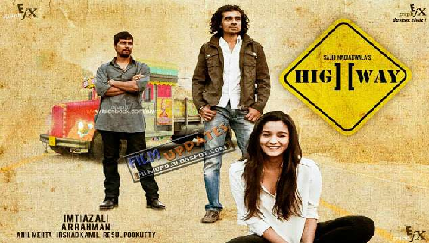 for:Times of India (TOI) SAYS: its more like a road trip pasteurizing different exotic locations     of india with sheer boldness just watch the movie for its creativity and don’t expect the magic of  imtiaz’s jab we met in this movie.

NDTV: He says the movie is much like of a whole India road trip @ the cost of  a ticket. It surely lacks the inertia to keep the idea moving in a flow at the same time. It’s neither a Romantic drama nor a general love story. Yes it also lacks action in it.

for Mumbai Mirror; He claims it to be a nice piece of work with lots of nature and mountains much like a travel show focused on how fascinating could be being kidnapped and get a tour of Incredible India.

for Rediff: He seemed to bit more disappointed for the most of the bollywood movies to be interesting for the first half and abrupt falling of script to substandard level. He also mentions that with the cinematography being so splendid the movie could have been a blast but surely It’s disappointing.

for: First Post : having a different concept with less of the dance and usual stuff. Different but not so appealing it might make other film makers think out of  the box and go for something which is unconventional yet more co-ordinate and blended well.

for :India Today : Khilnani Feels it’s a highway which lead you to no man’s land though the plot is different but it’s very slow movement fails to entertain the audience..


for Koimoi:he is also disappointed by this work of Imtiaz ali, says the movie will leave you angry at the end as it clearly fails keep the connection between the elements stated and it’s not even close to what he expected it to be.